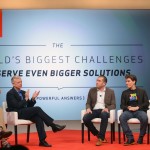 This blog post is dedicated to the TinyTap community for their unconditional support and teaching us more than we could ever hope to learn, and to Verizon CEO Lowell McAdam, for believing that great ideas can change the world and that we could become one of them.     The only thing better than coming up with an innovative idea, is being given the opportunity to make it a reality.   On January 8th, 2014, TinyTap was announced the first … END_OF_DOCUMENT_TOKEN_TO_BE_REPLACED 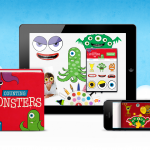 TinyTap is an iPad/iPhone app which puts a powerful creation tool in the hands of kids, parents and teachers and enables them to create their own apps.     What makes TinyTap so unique is its ability to actively involve kids in the learning process. This is what TinyTap’s creation packs are all about.These game-themed creation packs make it easier than ever to get your kids involved and excited about learning.   Kids can choose from a range of quality … END_OF_DOCUMENT_TOKEN_TO_BE_REPLACED

TinyTap will keep your kids out of mischief this summer holiday

TinyTap, the game creator which lets anyone create educational kids games, is here to keep kids out of mischief this summer.   Finding activities to keep your kids stimulated and engaged over the summer can be a real challenge. This summer holiday TinyTap is offering a series of fun activities that will not only develop your little one’s creativity but will keep them out of mischief. TinyTap lets your kids become the game creators. Think of it like a kind … END_OF_DOCUMENT_TOKEN_TO_BE_REPLACED

Create your own educational game to improve your child’s observational abilities   Oftentimes, parents find it difficult to better their children’s visual perception, as they feel they lack the knowledge of a trained teacher. With their newly released app What Doesn’t Belong?, game creator TinyTap has set out to make developing a child’s visual perception easy and spur its creative potential.   What Doesn’t Belong? was created using the TinyTap game creation platform and is a prime example of how … END_OF_DOCUMENT_TOKEN_TO_BE_REPLACED

Building the World’s Largest Educational Resource to Teach Kids Anything

With TinyTap anyone can be part of a community changing how kids play and learn TinyTap, a free iPad/ iPhone based app, lets anyone create fun educational games to suit a child’s unique learning needs.    TinyTap – Turn Moments into Games Why TinyTap? TinyTap is your chance to be part of a unique community of parents and teachers just like you. We’re building an online educational resource which anyone can contribute to and use to teach kids anything. … END_OF_DOCUMENT_TOKEN_TO_BE_REPLACED

Develop your child’s early learning skills with a new series of free apps that puts learning first.   So many kids apps are filled with animations, distracting sounds and even ads that it makes it almost impossible to teach kids anything. And this is especially true for kids with attention difficulties. That’s what a new series of quality apps from game creator, TinyTap is trying to change.   “Kids today are bombarded with so much Creasing perfumers come that’s you … END_OF_DOCUMENT_TOKEN_TO_BE_REPLACED